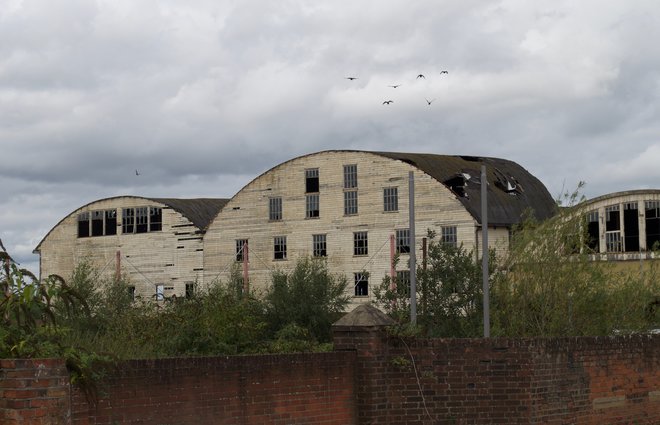 National architecture charity the Victorian Society has included Fison's Fertiliser Factory in Bramford on its 2017 Top 10 Endangered Buildings list. The Top 10 campaign, now in its tenth year, recognises the plight of endangered Victorian and Edwardian buildings in England and Wales in the hope that increased publicity will help save them.

Fison's Fertiliser Factory (Grade II, 1858-60, architect unknown) was built as a factory for the production of superphosphate fertiliser by Joseph Fison (alongside those of Edward Packard & Co and Chapman Brothers) in the mid-19th century, but the buildings known as the North Warehouse are now the only structures remaining on the site of one of the major British brands of the Victorian era.

Since the site closed in 2003, redevelopment plans have been approved but no progression has been made and the building - which still maintains many of its original features including external weatherboarding, cast iron pillars supporting heavy timber beams, and wooden floors - is continuing to deteriorate. Large holes are appearing more and more frequently in the roof and walls and almost all the windows are partially or completely smashed. Urgent work is needed in the short-term to secure these buildings, which have been the victim of at least three fires in the last two years, while a long-term redevelopment plan is sought.

Christopher Costelloe, Victorian Society Director, said: "It's a sad site to see what such an important part of Victorian industrial history has been reduced to. Fison's Fertiliser Factory is in a very sorry state but action can still be taken to secure and revitalise the North Warehouse buildings. There is currently a petition in place which we encourage people to sign, and hope that increased publicity will mean the redevelopment does not suffer any more delay."