The Grade II Former Legat's School of Ballet in East Sussex was built in 1865. 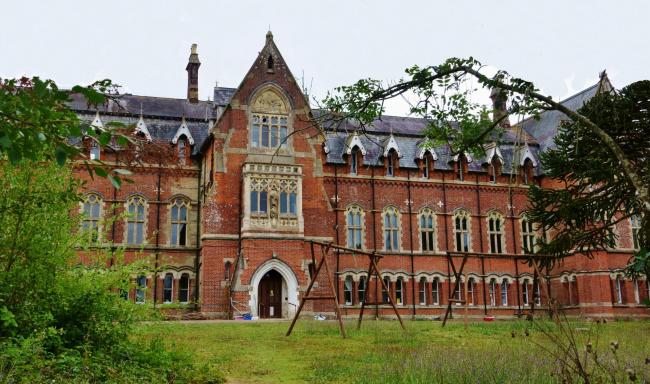 Former Legat’s School of Ballet, nr Rotherfield, East Sussex (Grade II, 1865, exterior: George Goldie, interior: E.W. Pugin) Hidden by thick woodland on all sides, this handsome Victorian mansion was built as a girls’ orphanage and until recently its most famous incarnation was as a ballet school from 1970-90. But in the early 1990s it was bought by a charity and run as a Islamic school, before it was raided by police in 2006 on the suspicion that it was being used as a training camp for terrorists. Since the school closed in 2007 it has remained unused and is beginning to show signs of disrepair. It is a beautiful building in large grounds and has amazing potential for reuse.