Important historic building needing repair and a new use 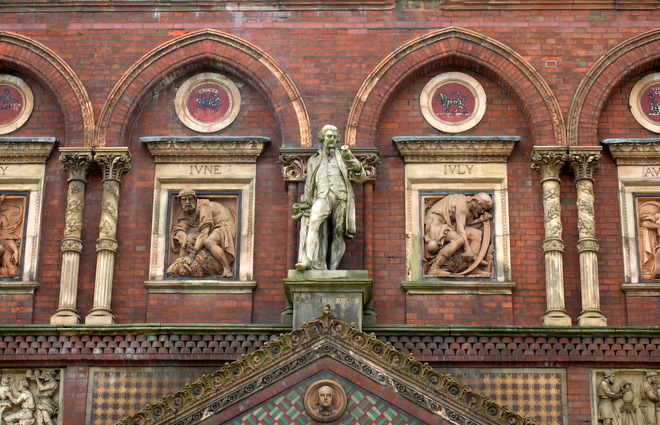 Until recently the Wedgwood Institute was home to Burslem's public library. In 2006 the council pledged money to restore this exceptional Grade II*-listed building but instead it closed down just two years later, without warning, due to structural problems. The library's books have moved elsewhere and only small parts of the building are in temporary use. Outside its highly decorative façade is a homage to work; above the main entrance is a figure of Josiah Wedgwood and elsewhere terracotta panels depict the different processes in the manufacture of pottery - this is a building which is crying out for a real use. In the meantime the structural problems will only get worse if urgent repairs aren't carried out.