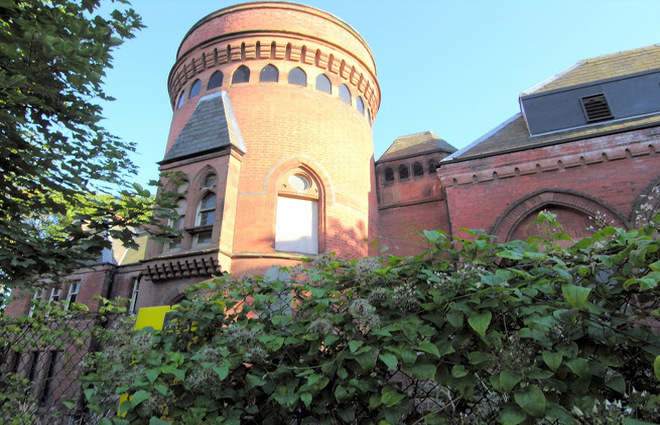 Director of the Victorian Society, Christopher Costelloe, said: ‘We're grateful to everyone who nominated an endangered building. All the buildings included in this year's Top Ten are listed buildings meaning that the Government has recognised their national importance. These buildings illustrate Britain's history in tangible form. The Grade I listed Boat Store at Sheerness has worldwide importance. All of them deserve better than their current situations. I urge the public to share the Top Ten list, and Griff’s message, to help raise awareness of these buildings and help them to find the investment they desperately need.’

If the Top Ten has inspired you to help us fight to save great Victorian and Edwardian architecture you can join us here, click the 'donate' button at the very bottom of this page or just text VICT00 followed by either £1, £2, £3, £4, £5 or £10 to 70070. 100% of your donation will be received by the Society to help us to help us continue our campaigns.

The 2015 Top Ten in no particular order are:

Pictures of all the buildings in the Top Ten can be found here.

An update on 2014's Top Ten Most Endangered Buildings:

There have been positive developments for some of 2014’s Top Ten. Our campaign to re-erect Sheffield’s Crimean War Monument in the city centre in 2016 for the 160th anniversary of the Crimean War ending has received support from Nick Clegg, the Royal British Legion and the War Memorials Trust among others. A petition to include the monument in Council plans for a £480 million ‘retail quarter’ can be signed here. Repairs have started on the Hammerhead Crane in Cowes following a £76,000 grant from Historic England. Work has also started to tackle flooding and contamination risks at the Navigation Colliery in Crumlin Wales. Cardiff Coal Exchange has seen a friends group established - with Cardiff Council said to be in discussion with interested parties about redevelopment plans. The full 2014 Top Ten list can be viewed here.