The Leicester Group of the Victorian Society have succeeded in having the Former “Home for Penitent Females” Grade II-listed. 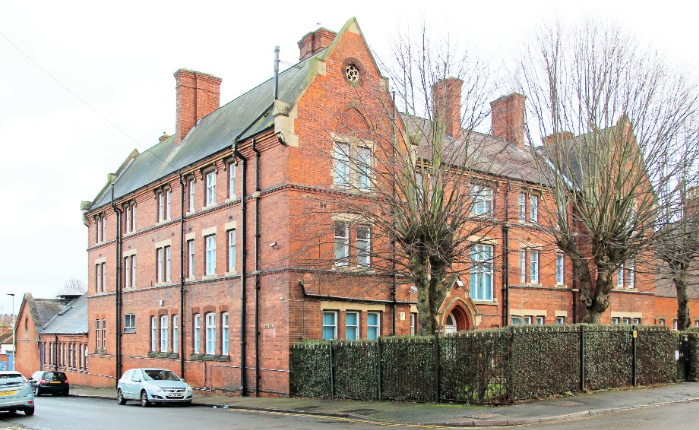 Following an application by the Leicester Group of the Victorian Society, Historic England have recognised the importance of the former “Home for Penitent Females” on Stoneygate Road in Leicester by granting it Grade II listed status. The building dates from 1881 and was designed by the Leicester architect William Beaumont Smith. “Penitent Females” were unmarried women or girls ‘of good character’ who had fallen into prostitution, or become pregnant. The Home incorporated a chapel and workshop, and was intended to equip the residents with skills which would eventually allow them to support themselves as independent citizens (usually in domestic service). A group of local philanthropists paid for and administered the Home, and it was deliberately built in the centre of an area being developed at that time as a high-class suburb then on the edge of the town of Leicester. The “Home for Penitent Females” was a manifestation of Leicester’s strong secular tradition - it has no religious symbolism. The building was latterly a Montessori School, but has been unoccupied for several years.

Leicester Group Co-Chairman Peter Ellis says “Plans to bring the building back into use by converting to self-contained apartments are to be welcomed, provided that the conversion can be carried out without compromising the character of this interesting building. Historic England Listing should help ensure that this is achieved.”

Since its formation over 40 years ago, the Leicester Group of the Victorian Society has obtained protection for more than 60 buildings in the city and the surrounding area.