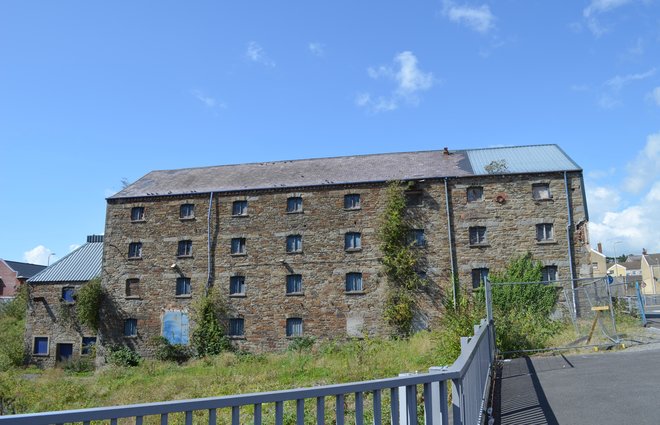 National architecture charity the Victorian Society has included Buckley's Brewery Maltings in Llanelli, Wales on its 2017 Top 10 Endangered Buildings list. The Top 10 campaign, now in its tenth year, recognises the plight of endangered Victorian and Edwardian buildings in England and Wales in the hope that increased publicity will help save them.

In the north of Llanelli, adjacent to a new housing development and an Aldi supermarket, Buckley's Brewery Maltings (Grade II, 1852-6, Rev James Buckley) have lain empty and derelict for almost twenty years. They once formed part of the 19th century development and expansion of Buckley's Brewery, one of the first breweries in the world to produce canned beer. Their charming position by the side of the river Lliedi would make an attractive housing complex, and a planning application of conversion to residential apartments was approved in 2014. But, sadly, no progress has been made and time is now swiftly running out for these buildings to be saved.

Christopher Costelloe, Victorian Society Director, said: "It's disappointing to see these listed buildings shut up and ignored whilst new commercial and residential developments have been erected all around. A sensitive restoration scheme would make these former maltings a highly desirable asset to Llanelli, and we hope their inclusion in this year's Top 10 list highlights this to the current owners and action is taken without delay."