Presentation to winner of 2017 Conservation Award 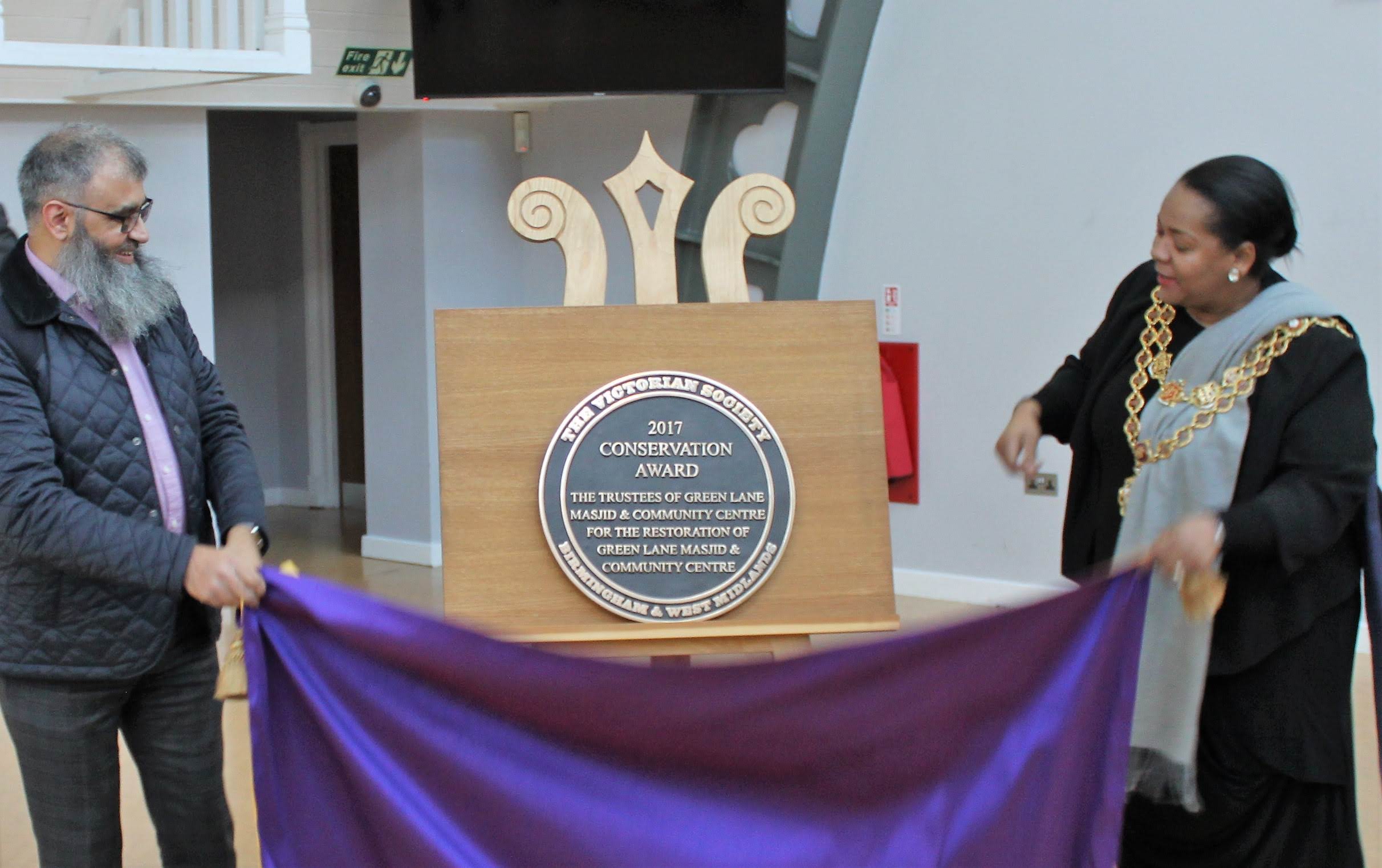 On Thursday 17 January 2019, officers of the Victorian Society's West Midlands region gathered at the Green Lane Masjid and Community Centre in Small Heath, Birmingham, for the presentation of our 2017 Conservation Award by The Lord Mayor of Birmingham to the Trustees of the Masjid.

Mohammed Saeed received the award on behalf of the Trustees. Mr James Slater was also present, representing the sponsor of the award, Hortons' Estate.

General Manager, Mr Kamran Hussain, started the proceedings with a presentation charting the history of the building from Victorian library and swimming baths to current day Masjid. The Lord Mayor, Councillor Yvonne Mosquito, then spoke about the importance of getting involved in our communities and thanked the Masjid for their work on the building and for the Society in recognising it.

Finally, Regional Chairman, Stephen Hartland, talked about the work of the Society and the award. He thanked Hortons' Estate for their financial support of the scheme. Stephen then presented Mr Saeed with the Parchment scroll and invited the Lord Mayor and Mr Saeed to unveil the bronze plaque.

After the ceremony Mr Hussain led Society officers on a tour of the building, finishing with an observation of prayer in the main prayer hall.

“It was wonderful for our building to be recognised by The Victorian Society for this prestigious award. During recent refurbishment projects, we have been very sympathetic and conscious to retain the natural beauty and character of the building. Before we purchased the building in 1979 from the City council, it was heavily vandalised whilst it lay vacant for a period of two years. In recent years, we are pleased to have restored the building to its former glory whilst modernising the facilities to meet the needs of today's users. Although our religious services are focussed on the Muslim community, many of our other services are open to people of all faiths, all of whom we welcome.”

Details of the 2019 award may be found HERE