Key building from fishing's past derelict and at risk 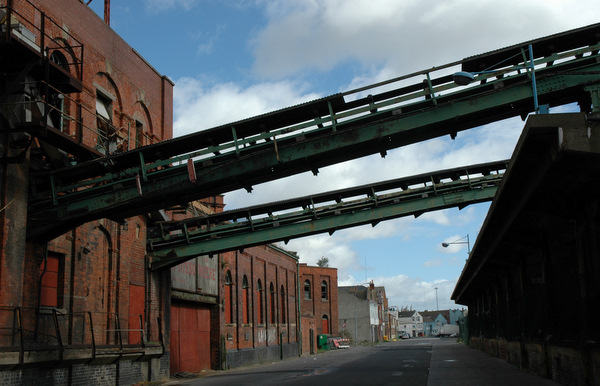 This vast factory produced ice for Grimsby's fishing industry for 90 years. The building and its early 20th century ice machinery represent a key part of the town's fishing heritage. It closed down in 1990 and is now a derelict industrial building marooned on private land owned by Associated British Ports. The company has no plans to demolish the Grade II* listed factory, but if the neglect continues it will eventually crumble. Ice was last made here in 1990 but the historic machinery which produced it is now open to the elements as the roof is no longer watertight. Local campaigners would like to see the Ice Factory brought back to life as part of a wider regeneration of the docks but there is still a long way to go.