The Victorian Society has requested a call in over plans to build an incongruously large development in Exeter that would overshadow the surrounding low-rise historic townscape. 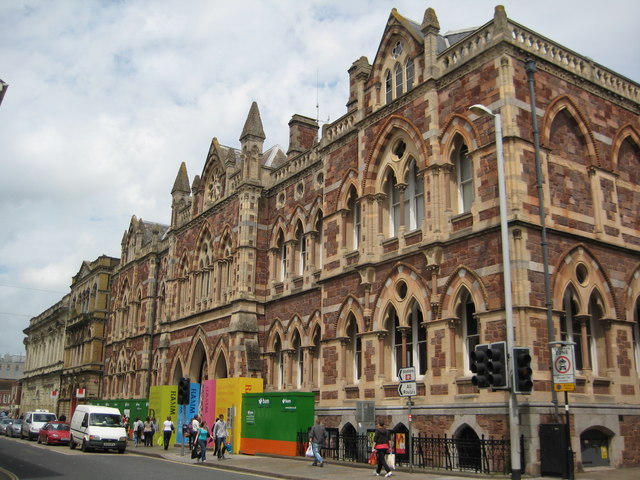 In January, The Victorian Society objected to proposed plans to build two blocks on the site of the Harlequins shopping centre within Exeter’s Central Conservation Area – which is characterised by predominantly low-rise 18th and 19th century buildings. The plans involve the demolition of the 1980s Harlequins Centre, which although not an architecturally significant building, it is relatively respectful of the surrounding townscape in terms of scale. The proposed development, in contrast, would consist of two comparatively bulky blocks - one rising to 7-storeys, which would have a highly negative impact on the surrounding streets within the conservation area, overshadowing the buildings, and obscuring the low-rise townscape of this area of the city. This would harm the setting of buildings including the Grade II-listed Royal Albert Memorial Museum and the nearby Grade II-listed Dispensary building which would be dwarfed by the development behind it.

Olivia Stockdale, Conservation Adviser for the Victorian Society, said,‘We have no objection to the principle of developing the site, but local planning authorities should look for proposals within Conservation Areas which, as the National Planning Policy Framework states, “enhance or better reveal their significance.” Rather than enhancing the significance, the current proposal would instead damage it by nature of its massing and scale. The surrounding streets of low-rise buildings would be overshadowed, and other prominent buildings within the conservation area, undermined. The Victorian Society has requested a call in because the impact of this development on so many nationally recognised listed buildings should not be seen as acceptable.’

Amendments made to the proposed plans have not acknowledged the points raised in the Victorian Society’s objection letter. The Georgian Group have also objected on the grounds that this development would have a negative impact on buildings in their remit.

If the Secretary of State agrees to call in the development, then he makes the decision on the plans rather than the local authority.